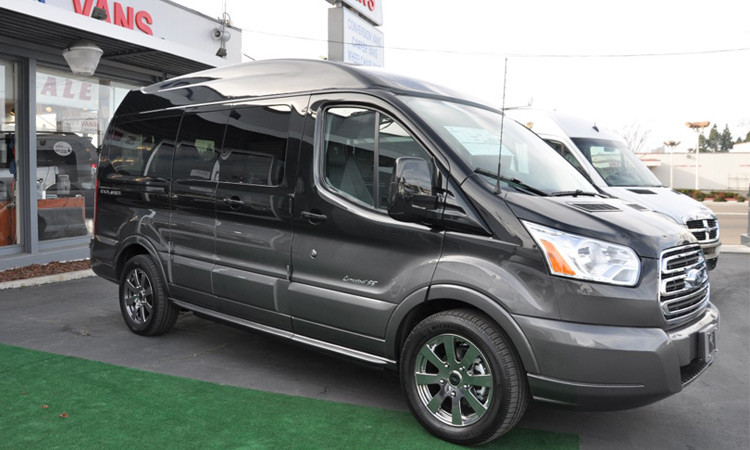 The latest version of the classic Ford Transit marks the 40th year anniversary of the production of the full-sized van line. Now in its fifth production cycle, the 2015 Ford Transit arrives at a time when its manufacturer discontinued the long-running E-Series van. That leaves the Transit as Ford’s sole full-size conversion van—and it is bigger and better than ever before.

With the E-Series—also known as the Econoline—now gone, Ford has designed the 2015 Transit as a befitting replacement. While the E-Series was widely criticized for its bland interior finish, gas-guzzling engine and steep climb into the cabin, the Transit is a truly dynamic vehicle. More than just a functional automobile, the new Transit proudly sports a strong unibody construction, putting it leagues ahead of its predecessors, which had “body-on” frames. It is also lighter than previous iterations.

The comparative lightness of the 2015 Ford Transit helps make it a reasonably fuel-efficient van without sacrificing power. Customers have three robust engine choices. Two of them take regular gasoline: a 3.7-liter FlexFuel V6 with 275 horsepower and a 3.5-liter EcoBoost V6 with 310 horsepower. The diesel option is a 3.2-liter inline five-cylinder with 185 horsepower. Each engine is paired with a six-speed auto transmission with overdrive and SelectShift for outstanding low-end acceleration and high-end efficiency. The Transit adopts a front-engine, rear-wheel drive layout.

The latest Transit offers short (130-inch) and long (140-inch) wheelbase options, and customers can choose between low, medium and high roof height. Moreover, Ford produces the Transit with three-, four- or five-row seating. So depending on the configuration based on the aforementioned features, the Transit can accommodate between 8 – 15 people. There’s also a lot of cargo space. With the front passenger seat removed, the van has a maximum cargo capacity of 285 to 542 cubic feet.

The 2015 Ford Transit has a robust list of convenience and safety features. Its tilt and telescoping steering wheel allows the driver to adjust it to the desired comfort and functionality level. Four upfitter switches are installed at the instrumental panel for operating high-power relays related to heavy-duty accessories. Driver and passenger airbags are standard, with the option to add safety canopy side curtain airbags and front thorax side airbags. Also standard are four-wheel anti-lock brakes and power windows and door locks. Customers have the option of adding an SOS post-crash alert, anti-theft and back-up alarms, and SecuriLock Passive Anti-Theft System with engine immobilizer.

Clearly the Ford Transit only gets better with age. If you’re in the market for a high performing full-sized van with smooth driving and packed with luxury features, consider Transit as your vehicle of choice.