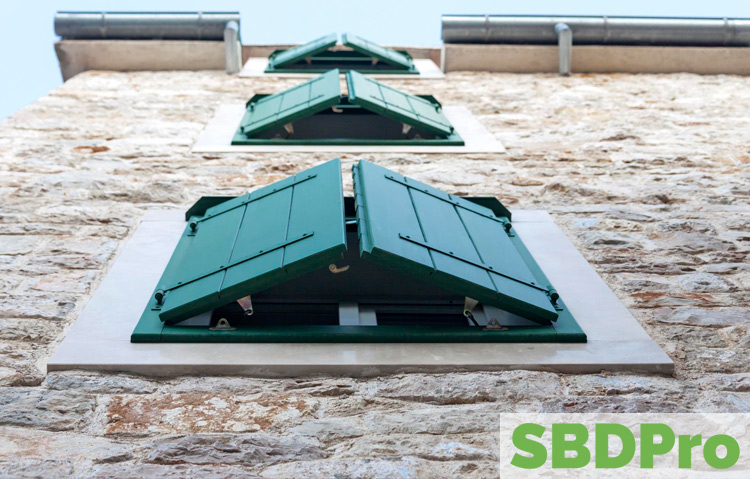 Exterior shutters aren’t just functional—they can transform the overall look of your property.

But it’s important that you choose the correct hardware to affix your shutters to your home.

If you choose improper hardware, you run the risk that your shutters won’t actually close over your windows.

This will both reduce the functionality of your shutters and ruin the beauty you’re trying to achieve.

First, you should know that there are four types of exterior shutter hinge:

With these four types, there are two groups of exterior hinges: edge mounted and surface mounted. Edge mounted hinges (also known as mortise hinges) resemble the door hinges that you may be familiar with.

The other three styles of hinges are surface mounted and are on the backs of shutters and mount to a home with a lag bolt pintle or a plate pintle.

Your first step when installing shutters is to decide how you want your shutters to close. For exterior shutters, they can either:

The most common mount is an inside mount. This is especially true of homes in parts of the country that frequently have storms or high winds. Inside mounted shutters make it harder for high winds to lift up a shutter and damage it.

There are different methods used to mount shutters. Three mounts include:

If you’re choosing an inside mount shutter, your next step is to determine the material from which your window frames are made. For wooden frames that are deep enough to support shutters, you can choose either edge or surface mounted hinges; however, brick, stone or vinyl frames should only use surface mounted hinges.

For shutters that won’t show a window frame, surface mounted hinges will work best. The most common option for these hinges are strap or plate.

Hinge offset refers to a needed counterbalance that allows doors and shutters the ability to swing open and close. This offset also allows them to clear obstacles, including trim moldings and deep window frames.