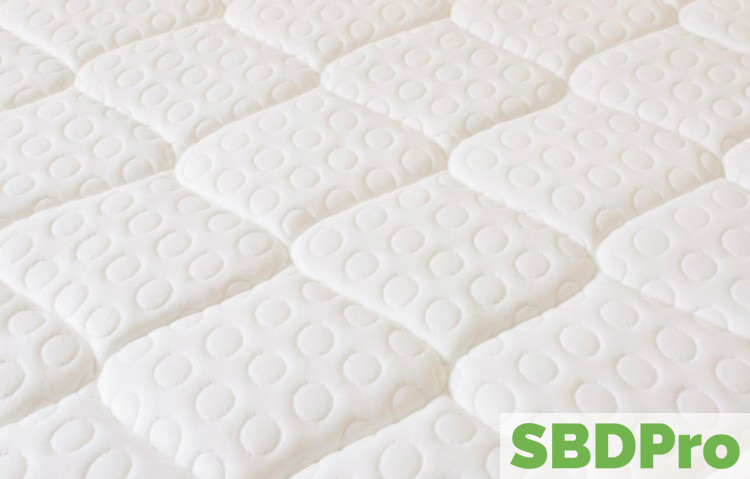 It might be time to consider buying a non-toxic mattress.

Most people spend about a third of their lives in bed…sleeping on a mattress. Considering that fact, it’s possible you could be in danger due to the mattress chemicals that could affect your health.

Yes, you are in danger if you sleep in a bed using a conventional mattress. Why? Most mattresses used in beds today are made from polyurethane foam, carcinogenic chemicals, formaldehyde, pesticides, and toxic flame retardants.

Time and time again these toxic chemicals have been proven to lead to higher risk factors for cancers of the throat, nose and lungs as well as allergies and respiratory problems. The processes by which mattresses are made and disposed of also contribute to the degradation of our environment.

Why Are Dangerous Chemicals Used in Mattresses?

In the United States, beginning on July 1, 2007, all mattresses were required to use flame retardants in order to be fireproof. Even if a blowtorch is taken to a traditional mattress, it still won’t catch fire.

One of these chemicals is polybrominated diphenyl ether (PBDEs), which has since been banned. However, if your mattress is made of polyurethane foam, and was made before 2004, this substance may still be in it.

To prevent roaches and other small insects from residing in mattresses, formaldehyde, antimony, and boric acid are commonly used. These chemicals are not only toxic to small insects, but to humans as well. Formaldehyde is proven to cause cancers in humans.

Why Are These Chemicals Dangerous?

It’s a well-known fact that formaldehyde is the chief substance used in embalming the dead. But what’s not commonly known is that it’s also used as an adhesive agent to get synthetic mattresses to stick together. This dangerous substance, if not handled properly, can cause burning sensations in your eyes, nose, and throat.

Polyurethane is dangerous because it’s sourced from petroleum. This is a very volatile chemical substance that can emit organic compounds that irritate human skin and lungs, and can be easily absorbed by our bodies.

Prior to 2004, pentabde was used in making mattresses because it was the most popular flame retardant at that time. However, when it was discovered as toxic to our nervous system, thyroid and liver, it was banned. However, it’s unclear as to what type of material is now being used to replace it. Most mattress manufacturers don’t want to reveal the exact substance they are now using as flame retardants, claiming it’s a “trade secret.”

Planet Earth is also in danger when old mattresses are improperly disposed of. Used mattresses sometimes contain dangerous chemicals that pollute our environment. For example, foams made of polyurethane are hard to decompose and may last for a long time before they finally dissolve. Other dangerous chemicals may seep into the earth and contaminate groundwater.

There are several ways you can find a mattress that will not endanger your health or the environment. For one, seek the help of a professional healthcare provider. Ask him or her to write you a prescription for a mattress that’s free of dangerous chemicals and without flame retardants. There are some manufacturers which are making these chemical-free mattresses, but they require a doctor’s prescription in order to get around the law that requires mattress manufacturers to make their products flame retardant..

An easier alternative is to search for natural mattresses made of wool. Wool mattresses contain no flame retardants since wool naturally resists flame. In addition, these mattresses are comfortable, easy to clean, and durable.

Personal due diligence is important to ensure that the surface where you’re spending a third of your life is healthy, chemical free, and environmentally responsible. You’re certainly on the right track by reading this article, so we commend you!